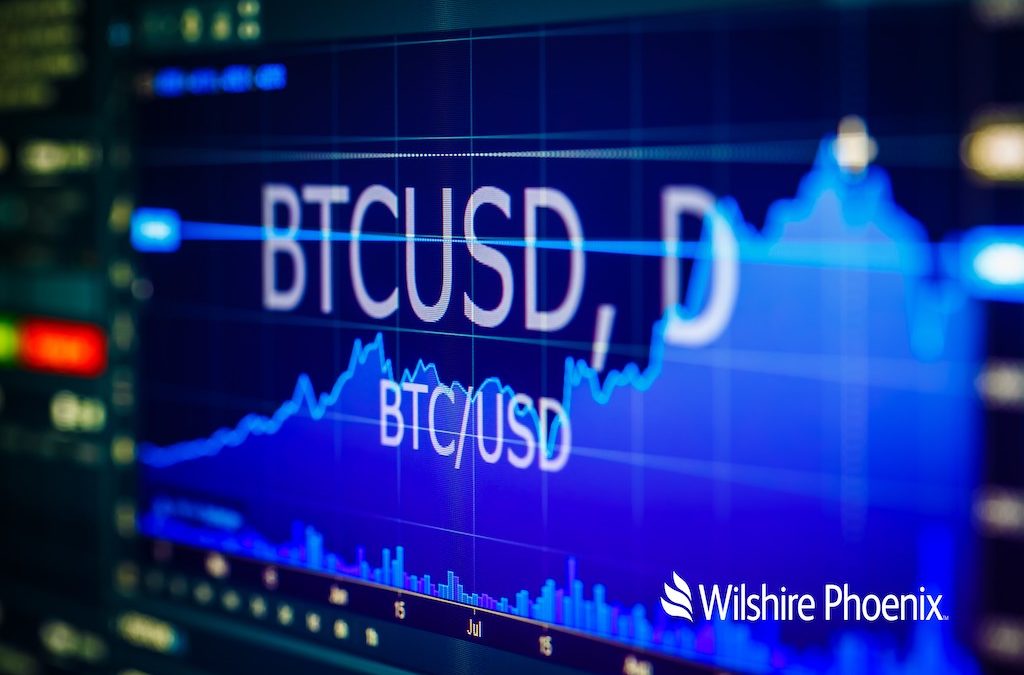 Bitcoin has been in the news recently within the context of the on-going trade war between the U.S. and China. The U.S. stock market has certainly been reacting to the escalating then de-escalating circular dynamic of Trump’s tweets and China’s reactions. Recently, the devaluation of RMB by the Chinese government led to a ~3% drop in major U.S. stock indices. (Renminbi or yuan is the official currency of China, it is pegged by the Chinese government and allowed to trade in a narrow band around the peg.) Bitcoin was also in the news as its price in USD seemed to have rallied around the event.

Bitcoin is a nascent asset, and so its relationship with other asset classes may evolve as it reaches different stages of development and maturity. Because Bitcoin is global and trades in significant volume vs. several major currencies (i.e. JPY, KRW, EUR), for this piece we will focus on the BTC/USD – its price in U.S. Dollars. It might be useful to take a look first at other mature assets for comparison, such as gold. Gold is a global asset that is mostly traded and priced in USD. It has consistently exhibited negative correlation to USD, namely the price of gold declines when USD gets stronger. This is because other currencies weaken as USD strengthens, thus leading to weaker global demand for gold priced in USD. Similar correlations can be seen in other global assets that are priced in USD. Take oil for example. It also shows consistent negative correlation, albeit weaker since its price is also affected by more mercurial shifts in global demand, geopolitical stability in producer countries and new extraction technologies.

Below are correlation numbers from January 2015 to July 2019, within each year and over the entire period. ETFs GLD (SPDR Gold Shares) and USO (United States Oil Fund) are used here as proxies for gold and oil, and DXY (U.S. Dollar Index – measures the value of USD relative to a basket of foreign currencies) is used as a proxy for USD.

Bitcoin’s main trading volume was concentrated in China until the government banned crypto exchanges. Even before the Chinese ban, with Bitcoin’s rise in popularity and price, its trading volume began increasing in Korea and Japan. And finally, trading volume increased in the U.S. as a result of its reputable exchanges.

The above illustrates an interesting evolution of the correlation over the years, suggesting potential rising importance and trading volume of Bitcoin within the U.S. in recent months.

Below is a 120-day (6-months) rolling correlation over the entire period. 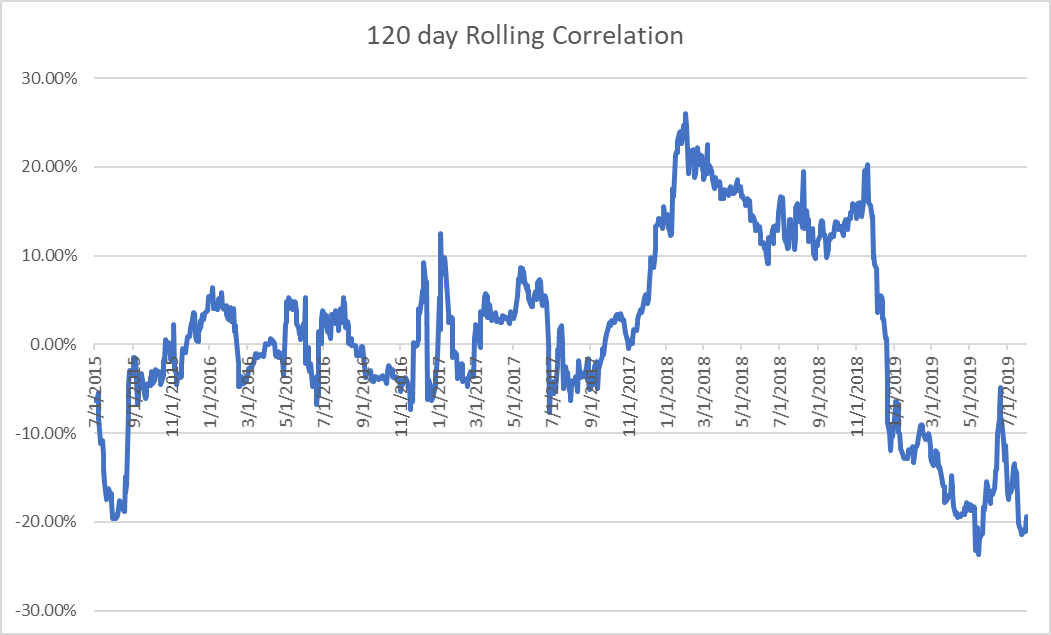 Given the nascent stage of Bitcoin development as a financial asset (and cryptocurrency as an asset class generally), its correlation to FX currencies remains in flux and will continue to evolve as Bitcoin’s adoption and prominence shifts around the globe. As a trader or investor of Bitcoin, one should be cognizant of any changing correlation relationships. Additionally, with respect to the recent RMB devaluation where supposedly the price of Bitcoin in USD rallied as the USD strengthened vs. RMB, such positive correlation is likely to be short-lived as the primary basis for such correlation is the flight of capital from China, which is unlikely to be sustained or pronounced. Furthermore, this correlation is limited to USD priced in a single currency vs. Bitcoin.

William Cai is a Partner of Wilshire Phoenix and brings with him a vast experience of quantitative finance and risk management. Before joining Wilshire Phoenix, Will was a trader at JPMorgan for over ten years, managing billion-dollar risk portfolios across different asset classes including credit, equities, and most recently in commodity futures. In addition to his trading responsibilities, Will managed teams, oversaw projects, and had extensive experience with regulatory and legal matters in structured products.  Will graduated from Harvard University with a Bachelor of Arts in Physics and holds a Master of Science in Mathematics in Finance from New York University.

THIS ARTICLE INCLUDES INFORMATION BASED ON DATA FOUND IN INDEPENDENT INDUSTRY PUBLICATIONS. ALTHOUGH WE BELIEVE THAT THE DATA ARE RELIABLE, WE HAVE NOT SOUGHT, NOR HAVE WE RECEIVED, PERMISSION FROM ANY THIRD-PARTY TO INCLUDE THEIR INFORMATION IN THIS ARTICLE. MANY OF THE STATEMENTS IN THIS ARTICLE REFLECT OUR SUBJECTIVE BELIEF.